Did I have to say anything else? Bacon Mac and Cheese. That is all. That’s all there is. This is perfection. It’s the most awesome combination there is. Let me take you on a quick story of my life. It’s also an awesome post since it’s Fat Tuesday.

I made this on Sunday. My allergies were acting up. It was cold (shocker), but seriously. It’s MARCH. and we have ANOTHER polar vortex. The collective face expression I see from everybody was “WHY”. I do believe the groundhog or whatever animal says that winter will be over lied. I also do not understand why we are looking for an animal to tell you if the weather is going to be better. I’ll ask Moe what he thinks. 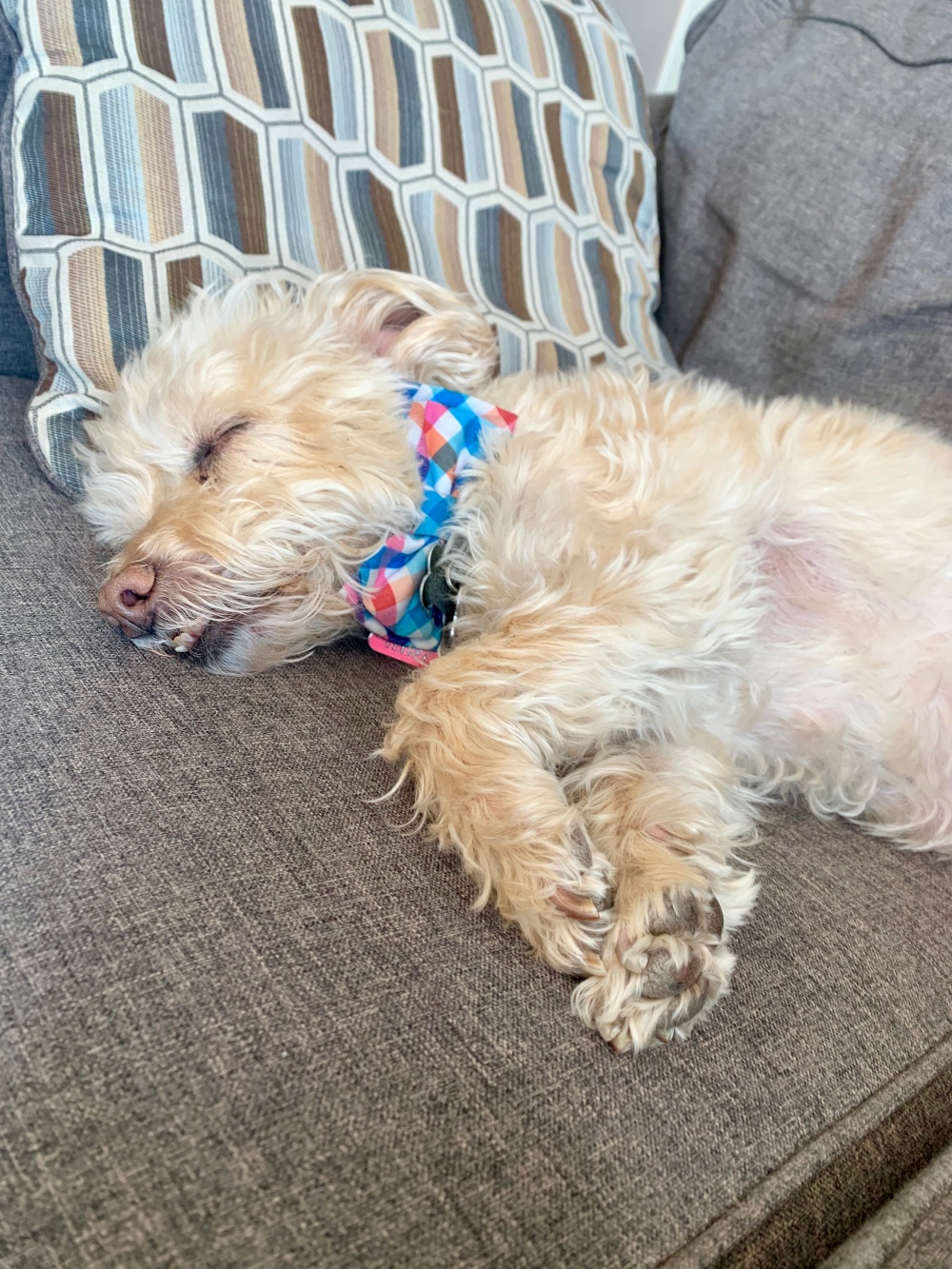 Well. He wasn’t in a talking mood. But I can tell you he’s over winter.

Anyways. I went to the grocery store after work and they had a BUTCHER SALE. It was awesome. And I saw some pretty thick cut bacon for sale. So I grabbed one. It was $2.00. I couldn’t say no. Would you?! I had an epiphany. I had all of the ingredients for Mac and cheese. EXCEPT some milk. So I went to the dairy aisle and some Coldplay was blasting (which meant I was making the right decisions). I danced my way to the check out (fine, I didn’t. I wanted to), and went home. I had a vague idea on how to do the Mac and cheese, but it was a while. How hard can it be!? Make a roux, add dairy. More dairy, MORE dairy, add it to a pasta. Bake until perfection.

So I made it my mission to make awesome bacon Mac. I did look online about baking my bacon because quite honestly, I didn’t want to make bacon on the stove. So I checked out Downshiftology’s website and YouTube to check it out. It was simple! Place bacon on parchment paper. 400 degrees. Leave it for 15 mins. Done.

This is how I made my bacon Mac and cheese:

How to make it!

Add the milk mixture slowly and mix until somewhat thick. I added the garlic at this point. I also started to add the 4 cups of cheese in 2 cup increments. Leave 2 cups for later. 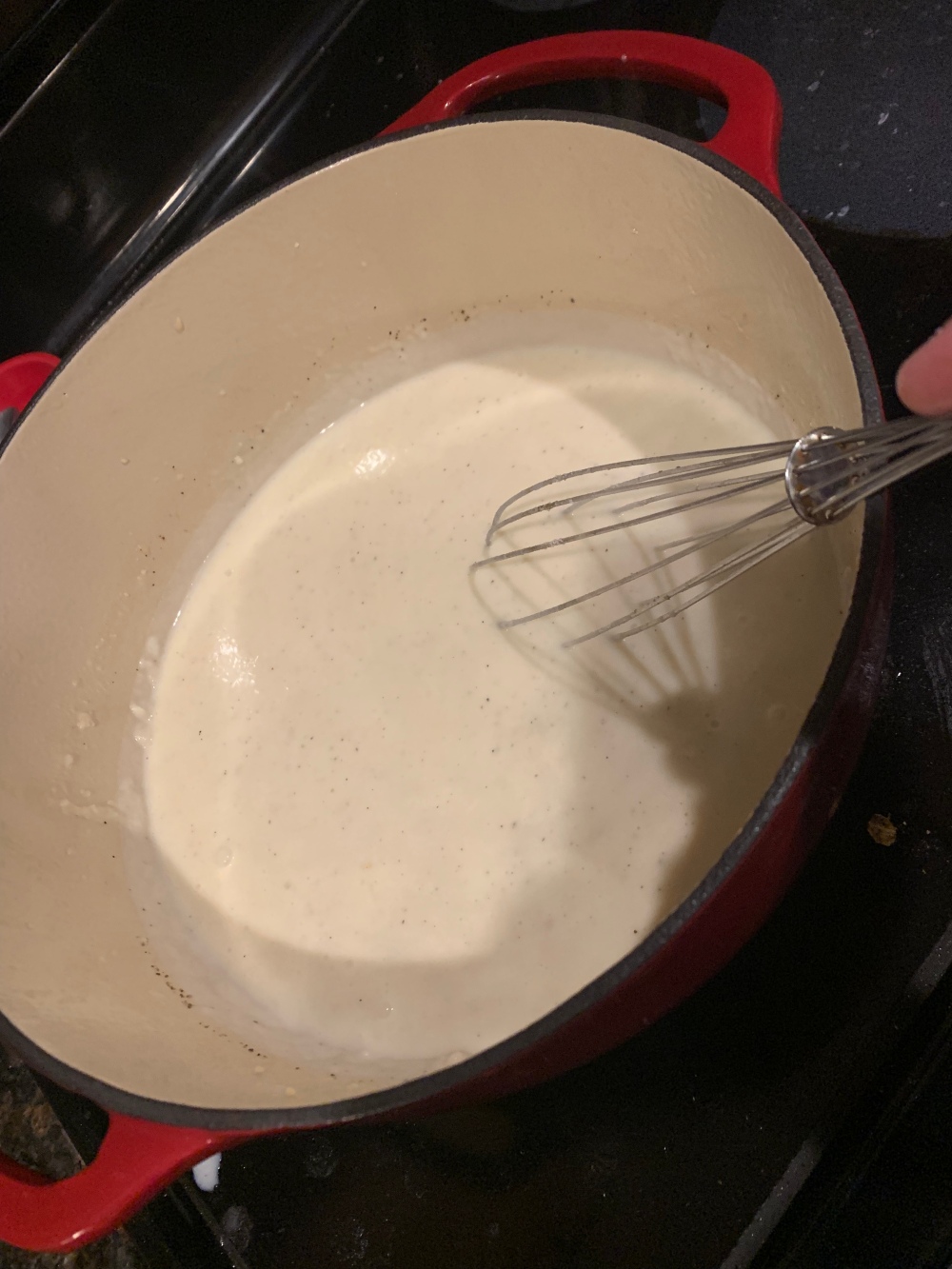 Add the pasta to this mix.

In a big casserole dish put half of this mixture. Here’s where I add my bacon and last 2 cups of cheese. Then add the last bit of mac and say good night to that bacon goodness. (I used half a pack of bacon, so now you have bacon to much on. if you use the whole packet of bacon. You do you boo. I wont tell. Quite honestly. I support you. This is a non judgment zone.) 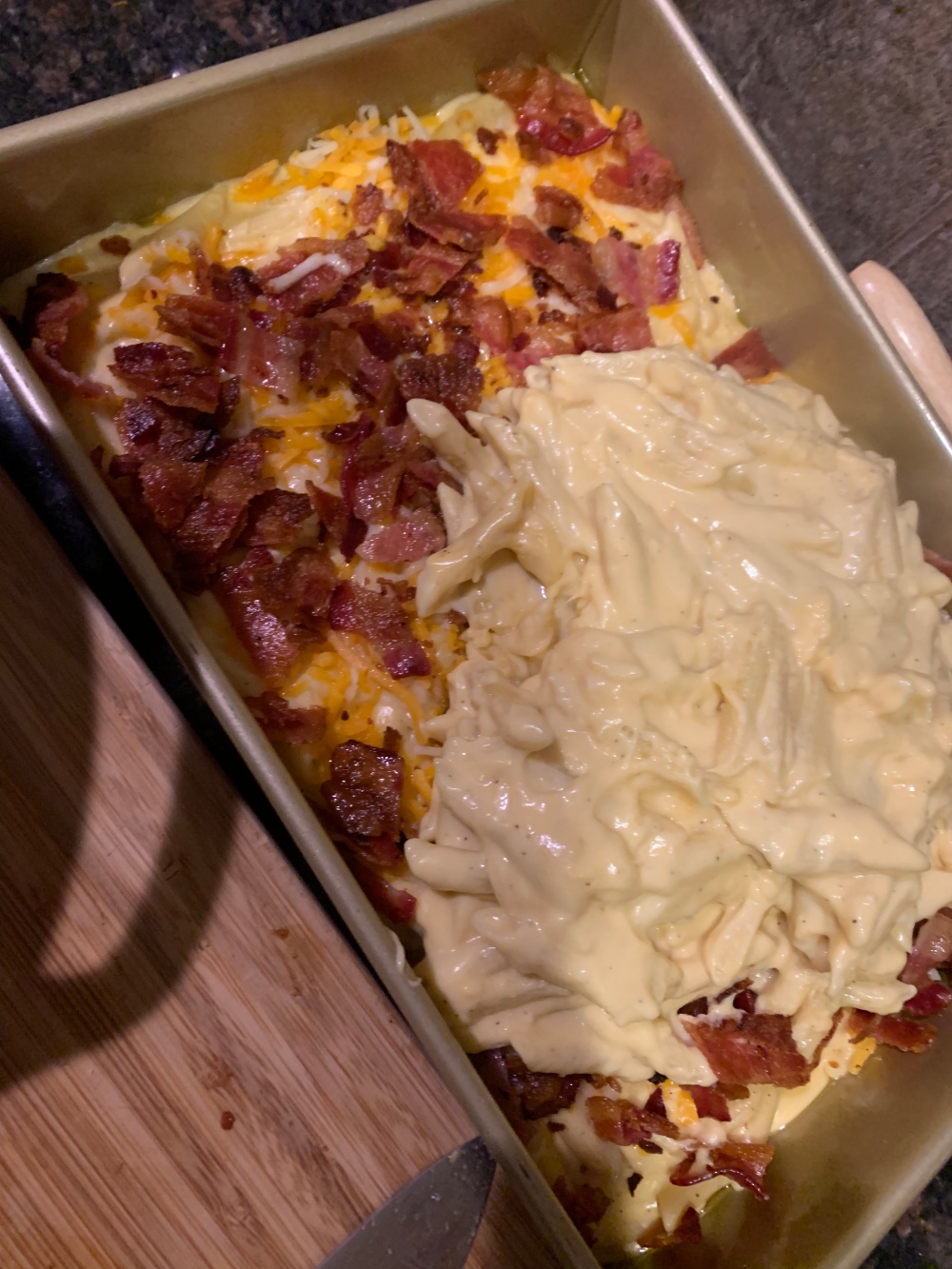 Use the Parmesan cheese, Panko breadcrumbs, and 4 tablespoons of butter (which should be melted) and make a yummy Panko crumb for the top of the Mac and cheese.

Set the pan into the oven and bake for 20-30 minutes or until the Panko bread crumbs are crispy and brown and delicioso. 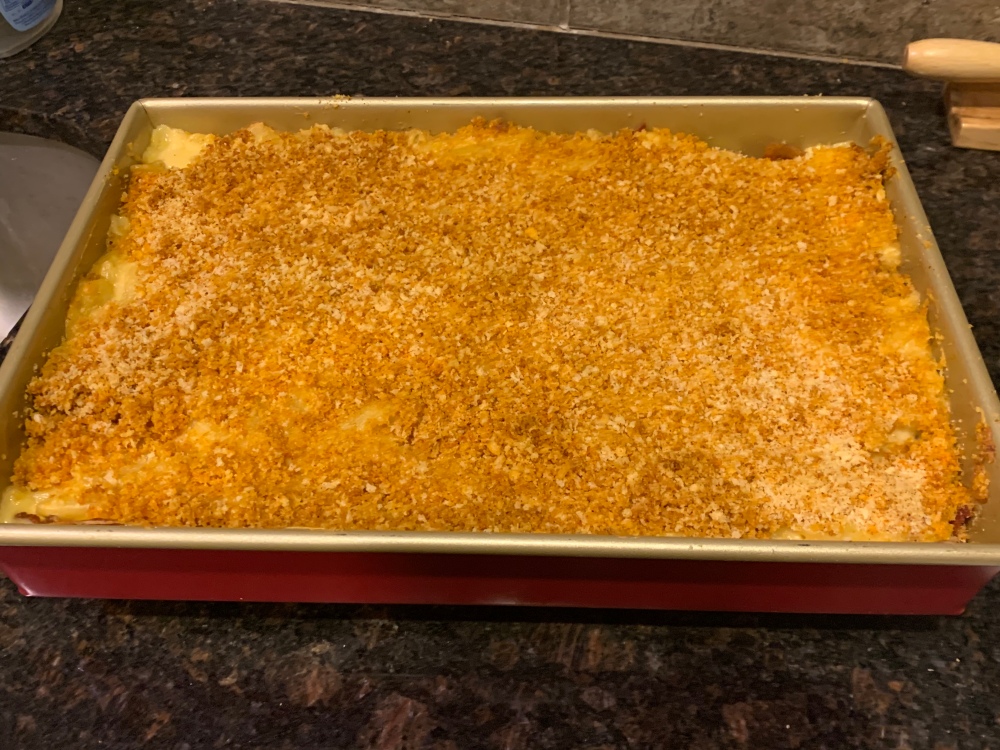 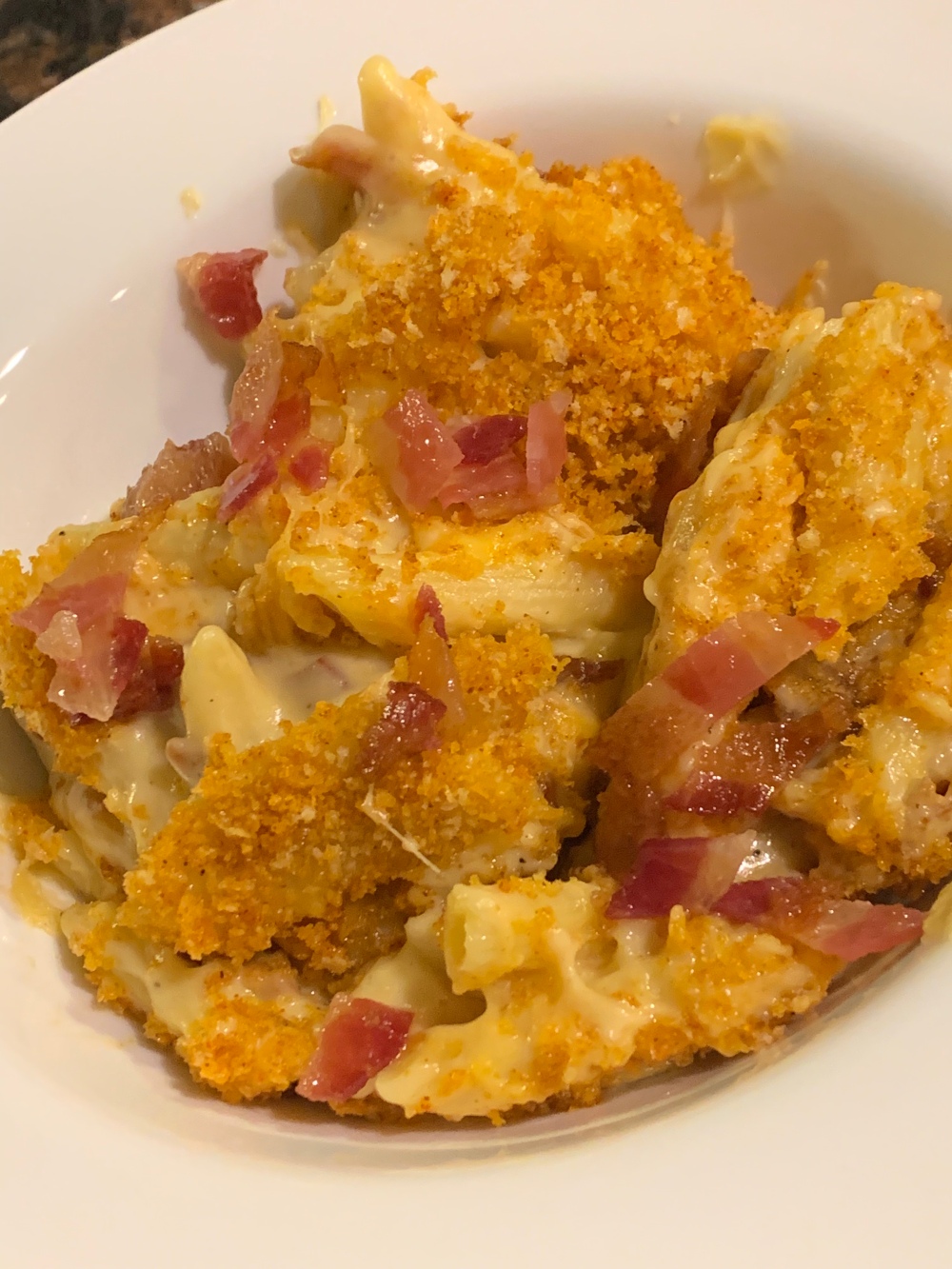 I'm Jose Clavell-Acosta. Director of music and Traditional Worship at Ankeny First United Methodist Church in the Greater Des Moines, Iowa area. I am a Western Illinois University & Pontifical Catholic University of Puerto Rico alumni. I am a Choral Conductor, Spanish teacher, writer, foodie, corgi enthusiast, and a blogger. I currently serve as part of the social media, marketing and development team for the Des Moines Vocal Arts Ensemble in Des Moines, Iowa. View all posts by theartofmusicalpoetry