Two weeks ago, I went to a Williams-Somona cast iron class and it was amazing. I tried Chilaquiles for the first time and I can say that I am obsessed. I should be making this way more often. The game changer for me was making my own tortilla chips, which I didn’t even realize how easy it was! Depending on your area, you might go with canned or fresh tomatillos. I found some fresh ones, so I HAD to use them. Overall, this is a great recipe that you can make for brunch, breakfast for dinner and it can be a pretty easy to-go meal for weeknights!

The only curveball ingredients would be: tomatillos (which if you have underripe tomatoes, you can use that), jalapeños, Queso fresco (which you can just use a cheese that doesn’t melt quickly OR just use mozzarella), and (if you don’t have it) coriander! 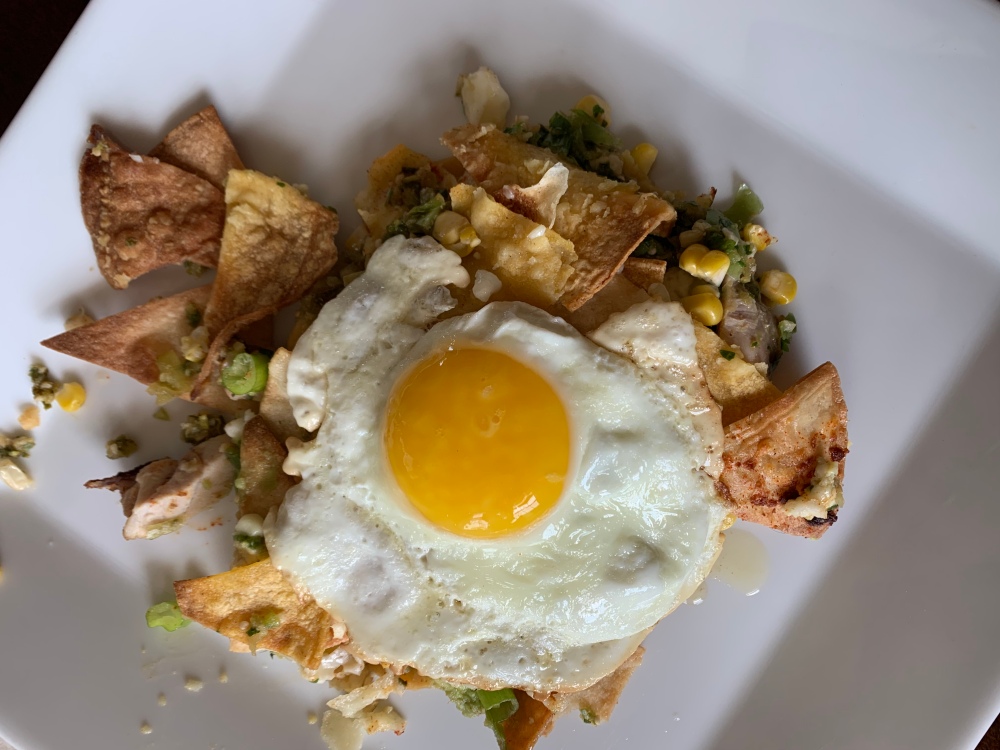 Hi! I’m Jose. I hate cilantro. There. I had to say it. This recipe calls for cilantro and I completely DESPISE it’s taste. THAT SAID, I tried the recipe in the cast iron class and Chef Esther put ALL of the cilantro and I have to say, the tomatillos cuts through the cilantro and the taste is not strong. The cilantro actually compliments the recipe and rounds up the flavor. That is not like Ms. Cilantro, so kudos for her. She toned it down. In my eyes, she had to. Girl, let the other players play!

Ok. So back to the recipe. Compared to the Williams-Somona recipe I actually doubled the tortillas (to add as I was eating), I used fresh tomatillos (which I found had a more refreshing and more fresh flavor), and added more cumin because I love cumin. It is a staple in Puerto Rican cooking.

Here are the ingredients:

How to make it:

Preheat the oven for 425 degrees. Line a baking sheet with some parchment paper or a silicone pad.

After the chips are made, grab that cast iron skillet and you are essentially doing layers. Chips, Queso, Tomatillo, corn, chicken, repeat. 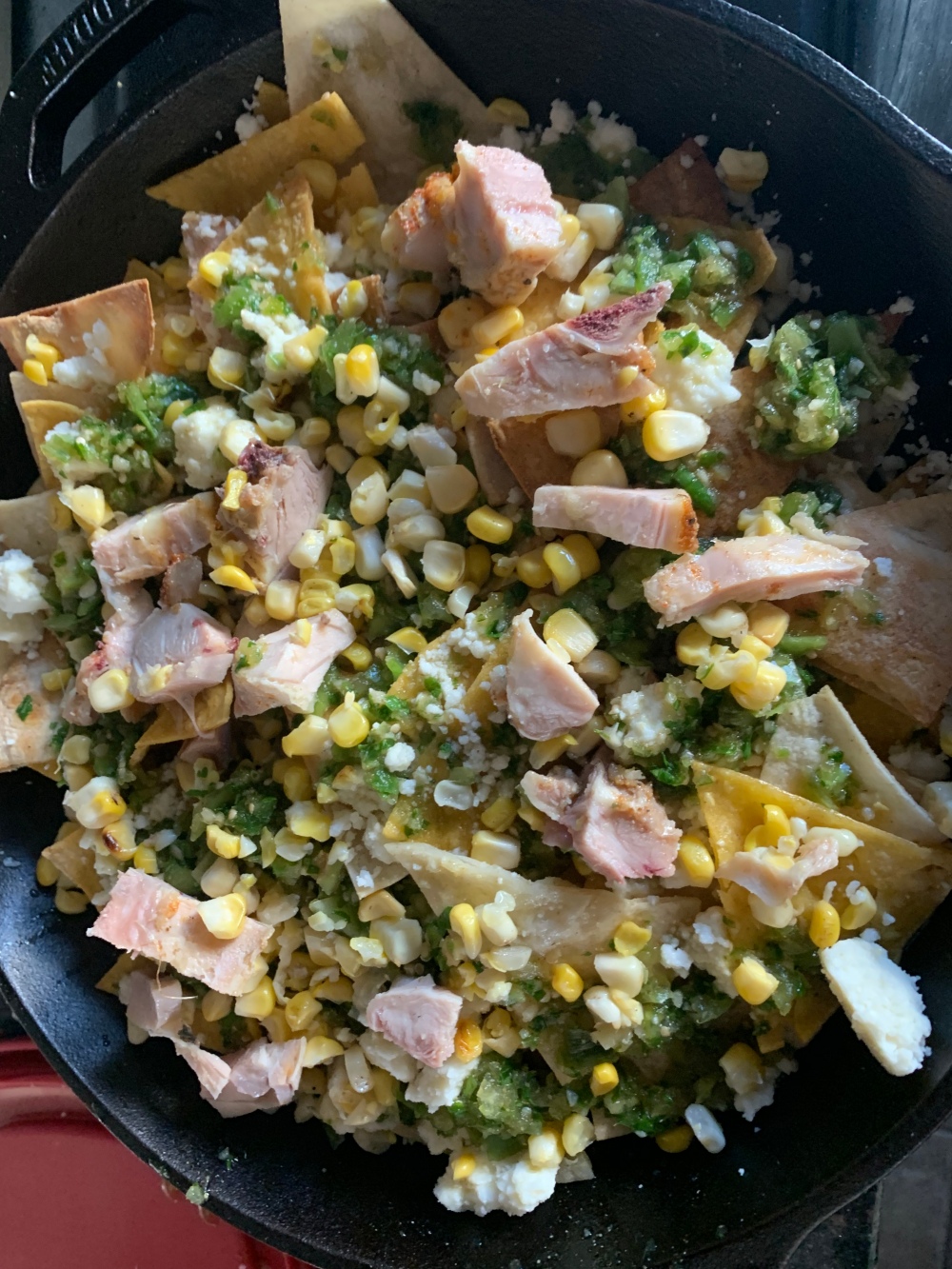 Bake in the oven (425) for 15 minutes or until the cheese is melted and bubbly.

Once its all done, place some of the chilaquiles in your plate, top with the egg, add the sour cream if you wish, and some red chili flakes!

I'm Jose Clavell-Acosta. Director of music and Traditional Worship at Ankeny First United Methodist Church in the Greater Des Moines, Iowa area. I am a Western Illinois University & Pontifical Catholic University of Puerto Rico alumni. I am a Choral Conductor, Spanish teacher, writer, foodie, corgi enthusiast, and a blogger. I currently serve as part of the social media, marketing and development team for the Des Moines Vocal Arts Ensemble in Des Moines, Iowa. View all posts by theartofmusicalpoetry